Texas National Guard is staying on the border for now... 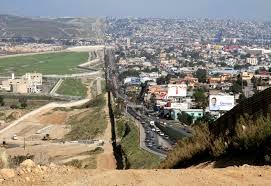 Someone will have to stop the illegal border crossings. Barack Obama is actually encouraging them.


National Guard troops sent to the Texas-Mexico border last summer are now in line to stay indefinitely and not come home in March as originally planned, Republican Texas Lt. Gov. Dan Patrick said Tuesday.
The shift comes only four weeks after Rick Perry, who ordered 1,000 armed Guard troops to the Rio Grande Valley in one of his last major acts as Texas governor, was replaced by a successor who has promised an even tougher line on border security.
Gov. Greg Abbott did not attend the announcement and no plans have been formalized. But an extended Guard deployment is the latest signal that Texas’ new conservative leadership is planning record state spending on border security, even while acknowledging that illegal crossings have slowed dramatically.[…]
Patrick’s budget in the Texas Senate calls for spending $815 million on border security — which he says is more than the last seven years combined.
The Texas Military Department estimates that a Guard force “of 400-500 best saves resources,” according to a memo from Patrick’s office.