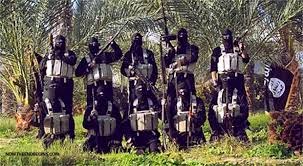 Exploding for a bunch of losers isn't so popular...


The Islamic State is experiencing a shortage of suicide bombers after dozens of fighters deserted the terror group or defected to rival militias.
Reports from inside the ISIS-stronghold of Raqqa claim that a rebellion among a ‘martyrs battalion’ is a severe blow to the ISIS leadership who recruit foreign fighters for their suicide operations.
According to the respected anti-ISIS activists, Raqqa Is Being Slaughtered Silently, ISIS has seen dozens of militants earmarked for suicide operations flee the battlefield or defect to other groups.
The news comes after ISIS was forced to admit defeat in the key battle for the northern Syrian town of Kobane, where it deployed many suicide bombers in what turned out to be a lost cause.