Denial: Obama claims, “No religion is responsible for terrorism” 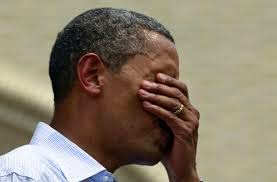 That isn't true historically or now. In the course of history, many people have been terrorized in the name of various religions. In recent centuries, most religions have reformed and now preach peace. Islam hasn't reached that level yet. They are still preaching Jihad.


President Obama, much to the chagrin of Republicans and others, has avoided rhetorically tying the actions of the Islamic State to radical Islam, or Islamic extremists. In a speech Wednesday at a White House Summit on combating violent extremism, he laid out why.
Islamic State fighters “are not religious leaders, they are terrorists,” Obama said. “And we are not at war with Islam. We are at war with people who have perverted Islam.”
“No religion is responsible for terrorism,” he said. “People are responsible for violence and terrorism.”