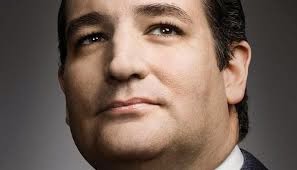 Ted Cruz is know as a budget slasher, but he wants to get NASA back on track. The Obama administration has wasted NASA resources with Muslim outreach and programs to try and support the anthropogenic climate change hypothesis.


February 23, 2015 If Ted Cruz is NASA's Grim Reaper, he doesn't talk like it.
To hear the new chairman of the Senate's Space, Science, and Competitiveness Subcommittee talk about NASA is to hear none of the budget-slashing zeal that comes out when he talks about, say, the IRS. Instead, he talks at length about putting more Americans in space and sending them farther than ever before. He gushes about the agency that has "excited the spirits of every person in this country, every boy and girl."
NASA, Cruz says, needs saving. And if doing so provides him with another cudgel to batter the Obama administration, well, it's no surprise that he's eager to have that fight. And, yes, he has seen the headlines:
"Climate Change–Denying Ted Cruz Will Oversee NASA." "Oh dear, they've put Ted Cruz in charge of NASA." "Ted Cruz's control of Senate science panel triggers anxiety among some."
The potential 2016 presidential contender laughs off such skepticism as typical partisan attacks, then quickly launches into one of his own. "I am deeply concerned that the Obama administration has undervalued space exploration, has diverted NASA from its core priorities," he says. "We need to get back to the central mission of NASA."
In Cruz's mind, President Obama has spent too much of the agency's resources studying the planet we already inhabit, rather than focusing its missions on the "infinity and beyond" objectives that have the potential to captivate Americans. And while this argument will get plenty of camera time when Cruz first gavels in the panel on Feb. 24, it's probably unrealistic to expect the fireworks shows that have defined other committees' hearings—or any immediate changes to NASA's plans. Keep on reading...