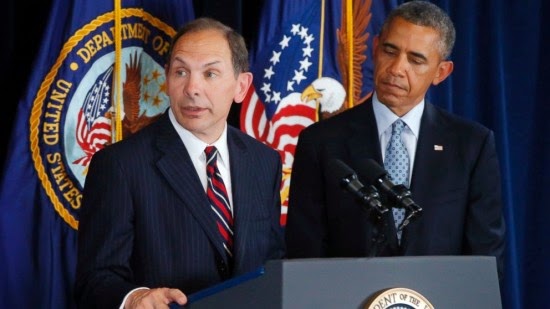 Is everyone in the Obama administration a compulsive liar?


Secretary of Veterans Affairs Robert McDonald falsely claimed that he served in a military special forces unit, he admitted to the Huffington Post.
When a homeless veteran told McDonald in a conversation captured by CBS that he had served in special forces, the head of the VA replied that he had, too. The conversation aired during a CBS News story chronicling how the agency is working to house homeless veterans.
“I have no excuse,” McDonald told The Huffington Post. “I was not in special forces.”
He added that he “reacted spontaneously” and “wrongly [with] no intent in any way to describe my record as any different than it is.”