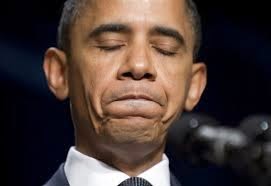 Senate Republicans are most pleased...

WASHINGTON — President Obama’s lawyers, facing what could be months of delay on the White House’s immigration efforts, are struggling for a response to a Texas judge’s ruling that has imperiled one of the president’s potential legacy achievements.
A top administration official said Wednesday it was unclear whether the Department of Justice would seek an emergency order that would allow the president’s immigration programs to go into effect while an appeal proceeds. A spokeswoman for the Justice Department said that no decision had been made on an emergency application to an appeals court, but she pledged to fight all challenges to the president’s actions.
Monday’s late-night 123-page ruling by Judge Andrew S. Hanen forced Mr. Obama to halt plans to protect millions of undocumented immigrants. White House supporters attacked the judge’s ruling as “shaky.” Conservative legal critics hailed it as a powerful argument.[...]
In the meantime, the clock on Mr. Obama’s presidency is ticking.
“I think it’s a significant threat,” said David E. Bernstein, a law professor at George Mason University. “My guess is that this reflects some real concern that’s out there.”