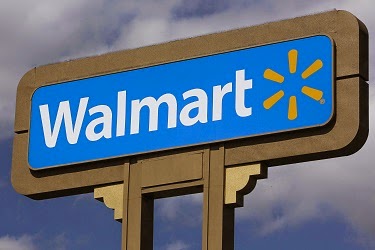 Well, they allegedly fired this store manager for apprehending one. Walmart should post a "Shoplifters Welcome" sign at the entrance.


When an emergency door alarm rang out at the Walmart in Prattville, Alabama, one night last month, store manager Don Watson sprang into action.
Sure enough, there he was — a guy Watson called a habitual shoplifter just outside the store with plenty of items he didn’t pay for, AL.com reported.[...]
This time? A cool $1,100-and-change in items stashed into some filled-to-the-top shopping carts.
Given Watson’s assertion that part of the job is keeping shoplifting at a minimum — and that associates don’t get bonuses if shoplifting losses are too high — he tried to stop the man.
“When I caught up to the individual he turned and grabbed me, struck me in the face and dragged me to the ground,” Watson told AL.com. “I got loose and was holding him down.”
Security officers from an apartment across the street came over to help Watson until police showed up.
It was all in a day’s work — that is, until Watson said he found himself out of work less than a month later.[...]
Watson had committed “gross misconduct” for failing to comply with Walmart’s security measures — namely just letting the guy go, he said.