Democrats claim this was just poor use of language due to the rush they were in to pass Obamacare, but the Health Care and Education Reconciliation Act of 2010 (H. R. 4872 ) which amended Obamacare specifically states territories only get funds if they establish an exchanges. 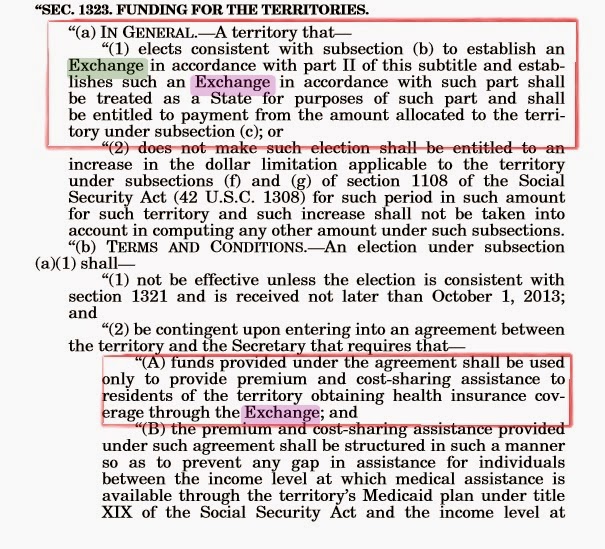 One mistake in language might be believable, but not three.
Posted by Bluegrass Pundit at 3:28:00 PM