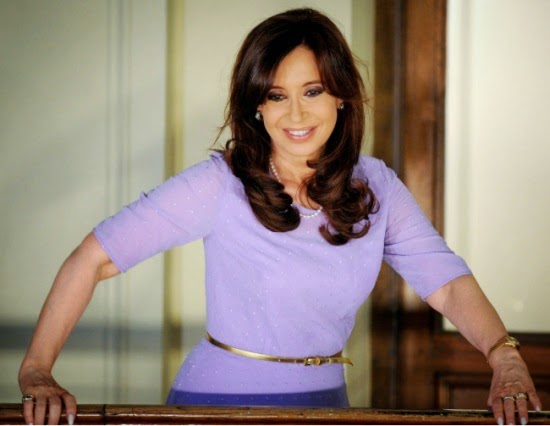 Why would anyone protect Iran? Money?


(Bloomberg) — An Argentine prosecutor accused President Cristina Fernandez de Kirchner of trying to absolve Iranian officials of their involvement in the country’s worst terrorist attack.
Prosecutor Gerardo Pollicita charged Fernandez, her Foreign Minister Hector Timerman, lawmaker Andres Larroque and other government supporters for allegedly using a 2013 memorandum with Iran to remove officials from that country from Interpol lists in exchange for trade preferences.
Pollicita’s 62-page statement was posted on the prosecutor general’s website and is addressed to the judge overseeing the allegations, Daniel Rafecas.
Fernandez, 61, has denied the charges.

Email ThisBlogThis!Share to TwitterShare to FacebookShare to Pinterest
Labels: Argentina