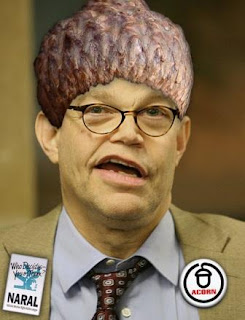 Many people think Al Franken stole his Senate seat. Franken won by the razor thin margin of 312 votes out of about 3 million cast. ACORN claims to have registered 43,000 new voters in Minnesota. With ACORN's record, it is hard to say how many of those are legitimate. Many of these "newly registered voters" may have voted illegally. Minnesota's laws on proof of voter eligibility are notoriously loose.

From the Minnesota Star-Tribune:

But ACORN does have a special place in its heart for at least one prominent Minnesota politician. Last year, it showered praise on Al Franken, endorsing his run for the U.S. Senate. Franken returned the esteem: "I'm thrilled and honored to receive this endorsement," he gushed in a press release. He added that he was "more motivated than ever to work with ACORN."