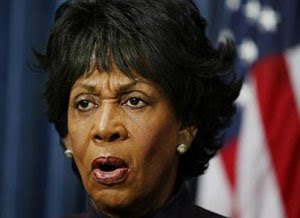 Rep. Maxine Waters (D-Calif.) wants the media to be "all over those rallies and the marches with the birthers and the teabaggers." She is concerned protesters are "very strange" because they don't support Obamacare. Liberals have been so biased by their political views and the mainstream media created "cult of personality" surrounding President Obama, they think anyone who fails to support Obama must be racist or a lunatic.

“What I’m looking for is the very people who carry the signs who are referring to the policies in very, very strange ways like ‘Obamacare’ and ‘Barry Obamacare with Kennedy,’” she said. “What I’ve been interested in is hearing from those people that everybody’s referring to — everybody on the Mall, in the rally.”