Rasmussen: Support for Obamacare at New Low of 41% 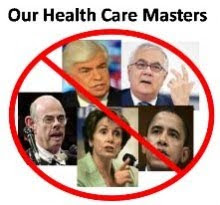 Just say no to our health care masters

The latest Rasmussen Reports national telephone survey only finds 41% support for President Obama and congressional Democrats health care reform plan. Fifty-nine (59%) oppose the plan. For the first time ever, a slight plurality of voters now doubt Obamacare will ever pass.

Just 41% of voters nationwide now favor the health care reform proposed by President Obama and congressional Democrats. That’s down two points from a week ago and the lowest level of support yet measured.