Seven Former CIA Chiefs to Obama: Knock It Off 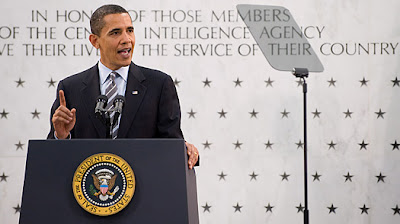 Arguing that the actions of the Attorney General are essentially putting this country at greater risk of terrorist attack, a bipartisan team of seven former directors of the Central Intelligence Agency wrote to President Obama today urging him to direct Attorney General Eric Holder to close the criminal investigation looking into whether any CIA officers went beyond what they were told was legal in their interrogations during counterterrorism investigations.

Allowing future investigations and prosecutions “will seriously damage the willingness of many other intelligence officers to take risks to protect the country,” the seven men write. “In our judgment such risk-taking is vital to success in the long and difficult fight against the terrorists who continue to threaten us.”
Moreover, they argue, “public disclosure about past intelligence operations can only help Al Qaeda...

You can read their letter HERE.