The Principal, Dr. Denise King, of the New Jersey school where kids were videotaped being taught to sing a song praising Obama is unapologetic.

The principal of a New Jersey elementary school where young students were videotaped singing the praises of President Obama is making no apologies for the videotape and says she would allow the performance again if she could, according to parents who spoke with her Thursday night.

Three parents told FOXNews.com that Dr. Denise King, principal of B. Bernice Young Elementary School in Burlington, N.J., defended the controversial performance, which was videotaped and posted on YouTube, when they approached her during a "Back to School" event.

It seems King is a huge Obama supporter.

King has long been a fan of Obama, hanging pictures of the president in her school's hallways and touting her trip to his inauguration in the school yearbook.

Included in the full-page yearbook spread were Obama campaign slogans ("Yes we can! Yes we did!") and photos King took in Washington on Jan. 20, when she attended the inauguration. 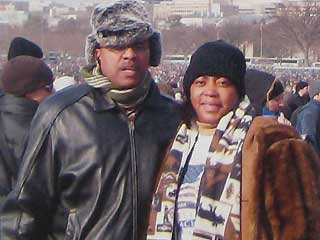 Here is the videotape of public school children being taught to sing praises to Obama.