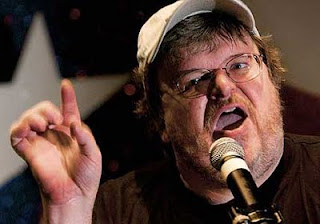 Michael Moore threatened democrats who are not fully supporting Obamacare at a meeting of woman's groups and unions. Moore put blue dogs and other democrats cool to Obama's health care reform plan on notice he had every intention of removing them from Congress in the next election.

Controversial liberal filmmaker Michael Moore on Tuesday issued a warning to Democrats who have been cool to President Barack Obama’s call for meaningful health care reform: Get on board or prepare to lose your seat.

“To the Democrats in Congress who don’t quite get it: I want to offer a personal pledge. I – and a lot of other people – have every intention of removing you from Congress in the next election if you stand in the way of health care legislation that the people want,” Moore told supporters of women’s groups and unions gathered at the headquarters of the government watchdog group Public Citizen. “That is not a hollow or idle threat. We will come to your district and we will work against you, first in the primary and, if we have to, in the general election.”

Michael Moore: I have every intention of removing Blue Dogs from Congress in the next election.