52% of Americans Believe Obama is Moving Country Towards Socialism 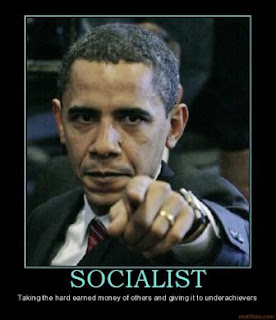 92% of Tea Party participants and 52% of all Americans believe President Obama is moving the country towards socialism.

A New York Times/CBS News poll found that a majority of Americans, 52 percent, think the policies of President Barack Obama are moving the United States toward socialism

Published April 14, the poll surveyed the political, racial, and social opinions of both the general pubic and self-described members of the tea party movement. It found that while tea party participants are generally more conservative than the broader population, they are also better educated and slightly more successful.

Thank you for posting some nice information in your blog.I have bookmarked your blog.

I am also maintaining a blog which includes information about current news.

The information in both of our blog meets the visitors quality.If you provide us a link in your site, it will be benefiting your end users and us.

Here is our link information

I request you to add our link to your site from this page. If you have any queries

Please feel free to email us and we will respond on time.