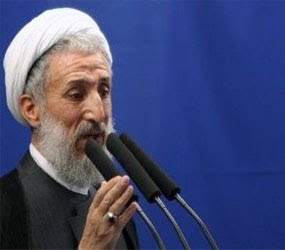 Well, that is the claim of nutty senior Iranian Ayatollah Kazem Sedighi. I guess this trumps the lefts theory earthquakes are caused by global warming.

"Many women who dress inappropriately ... cause youths to go astray, taint their chastity and incite extramarital sex in society, which increases earthquakes," Ayatollah Kazem Sedighi told worshippers at overnight prayers in Tehran.

This scenario has me LMAO!

Is God revolting against those, as Larry called them, HoochieMamas and causing calamities?