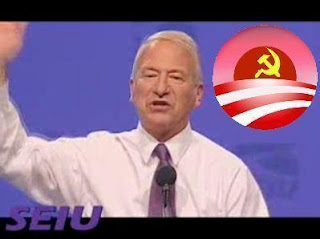 Andy Stern is leaving the SEIU to join Obama's debt commission. Stern will leave the SEIU $85 million in debt. Why does Obama think this guy can help solve the nation's debt problem?

Purple may be the official color of the Service Employees International Union (SEIU), but Andy Stern is leaving the union deep in the red. Last week, he surprised the labor community by announcing his resignation as president...

SEIU Secretary-Treasurer Anna Burger sits on the Obama administration’s Economic Recovery Advisory Board. Mr. Stern himself was appointed by Mr. Obama to its deficit commission.

Maybe Obama should let Stern manage his own investment portfolio.