Why is my tax refund less than last year? 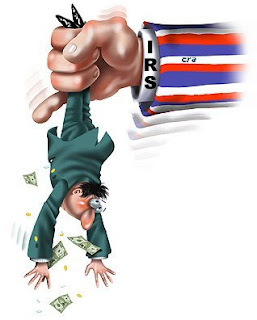 Many Americans have been asking the question, "Why is my tax refund less than last year?" This is true even for people whose income and deductions were similar in tax year 2009 to tax year 2008. For these people, the answer is simple. You have been scammed by President Obama and Congressional Democrats. Obama and Democrats were desperate to quickly pass the "Stimulus Bill" last year and convince Americans they were taking strong action to turn around the economy. One of the major elements of the "Stimulus" was a $400 tax credit for many Americans. Democrats decided to put this amount on working Americans pay checks. Unfortunately, $400 only comes to about $8 a week. In order to make the tax credit look bigger, they changed the withholding tables more than was required for many people. Consequently, many Americans have had to give back part of their additional weekly income at tax time. Many tax payers owed the IRS a bigger check or got a smaller refund this April 15th because of the tax table changes. This is not only a problem for people who have to pay in. It is also a problem for many working families. They depend on their tax refund to fund large annual purchases; such as appliances, vacations or other larger consumer expenditures. Of course, most people will just wonder and never know the truth because the mainstream media usually fails to report anything negative about President Obama. If you think you may be one of these unfortunate taxpayers, read the examples posted in the excerpt.

Here are some examples:

The IRS recognized there could be a similar problem for married couples if both spouses work, so it adjusted the withholding tables. The fix, however, was imperfect.

There were 33 million married couples in 2008 in which both spouses worked. That's 55 percent of all married couples, according to the Census Bureau.

-- A single college student with a part-time job making $10,000 would get a $400 boost in pay. However, if that student is claimed as a dependent on a parent's tax return, she doesn't qualify for the credit and would have to repay it when she files next year.

Some retirees face even bigger headaches.

The Social Security Administration is sending out $250 payments to more than 50 million retirees in May as part of the economic stimulus package. The payments will go to people who receive Social Security, Supplemental Security Income, railroad retirement benefits or veteran's disability benefits.

The payments are meant to provide a boost for people who don't qualify for the tax credit. However, they will go to retirees even if they have earned income and receive the credit. Those retirees will have the $250 payment deducted from their tax credit -- but not until they file their tax returns next year, long after the money may have been spent.... More here.

Email ThisBlogThis!Share to TwitterShare to FacebookShare to Pinterest
Labels: give back, IRS, refund, Taxes

The health care bill is a scam too. Most people won't find out for two or three years.

Actually, the games he played with the tax tables are a good thing, if you were smart enough to notice what happened. You get a better ROI the less $$ you have withheld. If you compared last years withholding with this year’s, and put that extra few $$ in the bank, you’d actually make money off interest. People didn't realize this and just spent the money elsewhere.

The problem is that Obama wasn’t forthright about this and instead of telling the truth about lowering the withholding rates, he simply called it a tax cut, which it wasn’t. All lies and deceit.

Of course, the other fake credits and stuff is BS. I only bring up the tax table issue.

So basically, you're a conservative complaining that the government took less of your money upfront?