Too Good to Make Up: Global Warming Alarmist Rescued From North Pole Before Freezing To Death 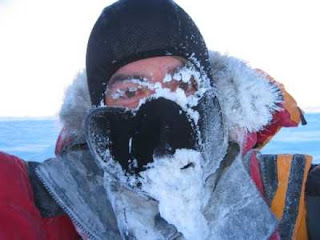 You just can't make up stuff this good. TOM Smitheringale had to be rescued from his trek to the North Pole to highlight global warming. This is the fourth year in a row global warming alarmists have needed rescue.

TOM Smitheringale wanted to prove the world was warming. Now he’s another alarmist with frostbite....

And last week he had to be rescued by Canadian soldiers after falling through the ice sheet.

“(I) came very close to the grave,” he said, on being flown out.

This is actually now the fourth year running that warming alarmists have had to be rescued...