Obama is still interested in a Value Added Tax (VAT) 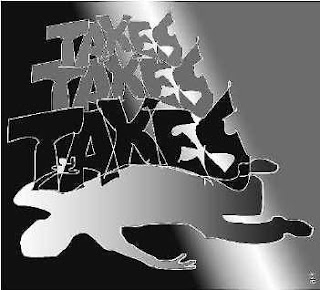 President Obama's desire to turn America into a socialistic European country needs more funding. The Europeans have instituted a Value Added Tax (VAT) to accomplish their needs to confiscate large portions of their citizens money.A VAT is a hidden sales tax at every stage of production. Some European countries have VAT taxes as high as 25%. A VAT has been discussed for years by some tax reform advocates as a replacement for income taxes. Unfortunately, Obama doesn't want to replace income taxes, he wants to add a VAT tax on top of income taxes. Undoubtedly, the starting percentage would be a very low 1% or 2%, but, slowly, this would be bumped up to European levels. The worst thing about a VAT tax is it is hidden from the taxpayer as part of the cost of goods. Taxes can be increased more easily under a VAT. Since consumers don't see the VAT amount, they may mistake tax increases for market driven price increases or inflation.

President Barack Obama suggested Wednesday that a new value-added tax on Americans is still on the table, seeming to show more openness to the idea than his aides have expressed in recent days.

Before deciding what revenue options are best for dealing with the deficit and the economy, Obama said in an interview with CNBC, “I want to get a better picture of what our options are.”