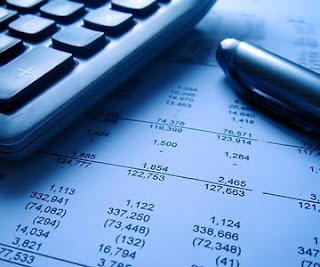 A value added tax, commonly known as VAT, is a kind of sales tax where a percentage is charged to businesses anytime the add to they value of a product. It a hidden (to the consumer) sales tax at each phase of production. Here is an example with a 10% VAT. When a manufacturer buys raw materials for $1000 there would be a VAT tax of $100 (10%) paid by the seller. The materials actually cost $1100. The manufacturer shapes the materials into a more valuable product and sells them for a $500 gross profit. Thus, the value added is $500. Then, there is 10% tax paid by the manufacturer causing the final cost to the consumer to be $1650. This is a rough example. VAT's actually can get extremely complicated and many time taxes are overcharged. The worst thing about VATs is their hidden nature. In the example above, there is a $150 VAT sales tax, but the consumer doesn't see anything but the final price. Politicians love these kind of taxes. It is much easier to raise taxes when they are hidden in the cost of the product. Consumers don't see the tax. They only know prices are going up. VAT taxes are very common in the socialistic leaning countries of Europe. The great news is the Senate hates this idea. Thursday, they passed a nonbinding resolution against the VAT by a vote of 85-13.

It’s official: The Senate doesn’t like the idea of a value-added tax, which would be similar to a national sales tax.

The Senate voted 85-13 Thursday to pass a nonbinding “sense of the Senate” resolution that calls the value-added tax “a massive tax increase that will cripple families on fixed income and only further push back America’s economic recovery.”

The issue came up because White House adviser Paul Volcker told a group in New York last week that taxes might have to be raised to bring budget deficits under control. He added that the value-added tax “was not as toxic an idea” as it had been in the past, according to a report by the Reuters news service.