Change: Obama give people six extra weeks to sign up for his overpriced Obamacare health insurance 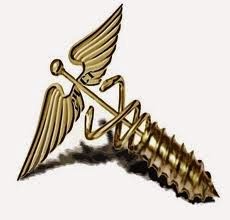 Unless you are getting free Medicaid, get a large subsidy and take a silver plan have really serious pre-existing conditions, Obamacare is a really bad deal for you.An extra six weeks won't change that math.


With website woes ongoing, the Obama administration Monday granted a six-week extension until March 31 for Americans to sign up for coverage next year and avoid new tax penalties under the president’s health care overhaul law.
The move had been expected since White House spokesman Jay Carney promised quick action last week to resolve a “disconnect” in the implementation of the law.
It comes as technical problems continue to trouble the website designed as the main enrollment portal for people who don’t get health care at work.
As a consequence, Republican lawmakers, and some Democrats as well, are calling for a one-year delay in the penalties most Americans will face starting next year if they remain uninsured. Monday’s action by the administration stops well short of that, and amounts only to a limited adjustment
Keep on reading…