Is it OK for the Obama administration to spy on our friends and allies? 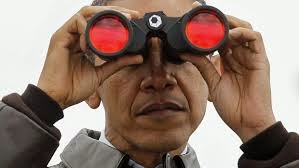 According to this CS Monitor article, we spy because we can and we sometimes have competing interests with our allies.


As the scandal over the United States spying on friends and allies expands beyond German Chancellor Angela Merkel’s cell phone to perhaps dozens of other countries, one question lingering in the background is: Why spy on friends anyway?
The basic answer, some national intelligence and security experts say, is that relations among countries are essentially based on interests, and no matter how friendly countries may be, their interests are rarely exactly the same.
“We and Germany don’t always see eye-to-eye on some important issues,” says James Lewis, director of the Technology and Public Policy Program at the Center for Strategic and International Studies in Washington. “One way to reassure yourself about the direction an ally like Germany is heading on one of those issues is to know what Germany is saying.”

Is this OK? The short answer is no. The long answer is also no. Aside from the problems it causes when you get caught, it's unethical. Let's compare this to an ordinary citizen's situation. A man is getting a divorce and in an ugly custody and property battle with his wife. He suspects his wife is talking about the divorce with his best friend. Is it OK for him to tap his friends phone if he can? Not only would that be wrong, it would be a felony in the U.S. If the friend lived in a foreign country, it might not be a crime, but it would still be wrong. You don't spy on your best friends.
Posted by Bluegrass Pundit at 8:41:00 AM