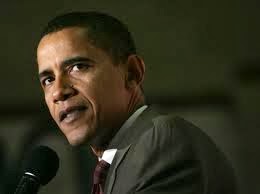 If Obama really wanted accountability, he would fire Kathleen Sebelius...


White House press secretary Jay Carney said Thursday that President Obama was seeking “accountability” from federal employees working to fix glitches with the ObamaCare website designed to let uninsured Americans purchase coverage.
Carney sidestepped questions about whether the administration would seek to recover any of the millions of dollars paid to contractors responsible for building the healthcare.gov website, which has been plagued by technical errors since its launch earlier this month.
The press secretary said that Obama’s focus was squarely on getting the problems fixed, adding the president was “not happy” with how the rollout had gone.
“The accountability the president seeks today is the accountability that comes from those who are working on implementation,” Carney said.

The real problem here is poor decisions made by the Obama administration. They delayed releasing much of the information website designers until after last years elections for political reasons. This reduced the development time available. Then, they decided to make people sign up before they could browse plans. The reason they did this is most of the plans are outrageously high. Almost no one will want to sign up unless they get a government subsidy. In order to see if people qualified for a subsidy, they needed all the applicants information. This required setting up an account and coordination between multiple government computers.
Posted by Bluegrass Pundit at 5:15:00 AM