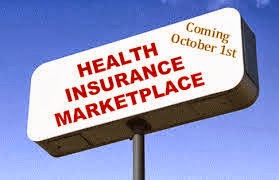 Can the patient be saved or is it terminal?


The Department of Health and Human Services said Sunday it was bringing in outside help to resolve some of the technical woes that have beset the federally run insurance exchanges, which the agency acknowledged “has not lived up to the expectations of the American people.”
“We are committed to doing better,” agency officials said in a blog post that also said that “our team is bringing in some of the best and brightest from both inside and outside government to scrub in with the team and help improve healthcare.gov.”
Spokespeople for the agency didn’t immediately respond to questions seeking more information about the development, which it is billing as a “tech surge.
The blog post also confirmed that the agency had made several changes to the system in recent days to ease problems millions of consumers were having creating accounts, the first stage in the site’s process for people to shop for insurance plans and apply for federal assistance to pay for them.