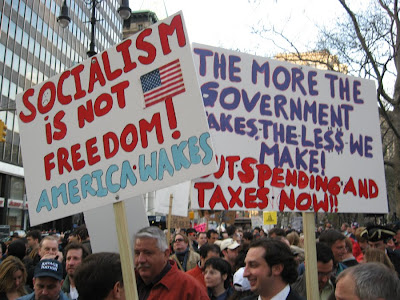 
A finding in a study on the relationship between science literacy and political ideology surprised the Yale professor behind it: Tea party members know more science than non-tea partiers.

Yale law professor Dan Kahan posted on his blog this week that he analyzed the responses of more than 2,000 American adults recruited for another study and found that, on average, people who leaned liberal were more science literate than those who leaned conservative.

Kahan wrote that not only did the findings surprise him, they embarrassed him.