Why the GOP leadership just took a crap in their bed...

By unconditionally surrendering to democrats on the debt ceiling and shutdown without a single democrat compromise, the GOP establishment, embodied by the leadership of Mitch McConnell and John Boehner, just took a crap on conservatives in general and Tea Party supporters in specific. This is likely the beginning of the end for the GOP. Tea Party supporters will never forget or forgive this betrayal and the Republican Party can not be competitive without them. Don't be surprised to see a third party form. A Pew poll finds 37% of all Republicans and 49% of Republican primary voters support the Tea Party. No party can shed that much of their base and survive for long. There just aren't enough moderates to bring into the fold and democrats aren't likely to start voting Republican. 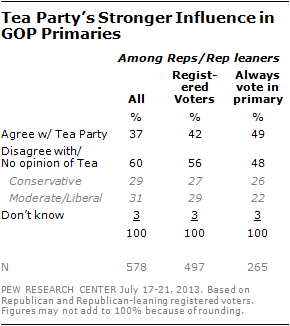