Obamacare is losing support among women... 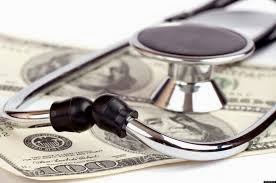 Single men use very little healthcare and are mostly ignoring Obamacare. many women who supported Obama and Obamacare were looking forward to having their insurance lowered like Obama promised. The promise of lower premiums was another Obama lie. Now that women are finding out they are going to have to help pay for Obamacare, their support is flagging.


The number of respondents who said the law was a good or bad idea was relatively unchanged from earlier this month. But support for the law has slipped with one key group – women, who traditionally rank health care as a higher priority than men, and who are seen as an important plank in selling the law.
Americans called it a bad idea by a 47-37 percent margin – a shift from 43-38 percent earlier this month. But among women, a group President Barack Obama won by 11 points in 2012, just 38 percent think it’s a good idea, while 45 percent do not. That’s down from early October, when most women said the law was a good idea by a 41-39 percent margin.