Demo Rep. Steny Hoyer has a solution to Obamacare woes. It's more money... 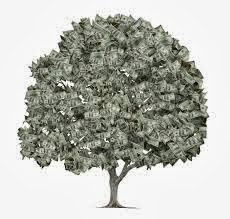 It's not like money doesn't grow on trees or something.


Rep. Steny Hoyer wants to give President Obama more money to help fix the costly federal health care exchanges that have been roiled by problems since they launched at the beginning of the month.
Asked Tuesday how Congress could help improve the system by which millions of Americans must buy insurance by the end of the year, the House minority whip and Maryland Democrat said, “We can give them a little money.”
“[Republicans have] been pretty much focused in the House of Representatives on undermining the implementation of the Affordable Care Act in every which way that we possibly could,” he said.
Hoyer admitted that he does not know whether the project, which has already cost more than $400 million, has faced funding problems. “I don’t think that’s the reason,” he said. “If I know that, I’ll blame it.”

Obamacare has been very controversial and the woes it creates already make people sick!