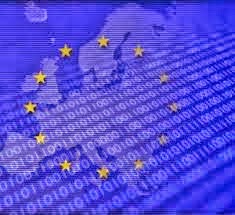 The EU is moving to cut the NSA out of their communications.  Big US internet servers and social media providers will be hardest hit.


New European rules aimed at curbing questionable transfers of data from EU countries to the US are being finalised in Brussels in the first concrete reaction to the Edward Snowden disclosures on US and British mass surveillance of digital communications.
Regulations on European data protection standards are expected to pass the European parliament committee stage on Monday after the various political groupings agreed on a new compromise draft following two years of gridlock on the issue.
The draft would make it harder for the big US internet servers and social media providers to transfer European data to third countries, subject them to EU law rather than secret American court orders, and authorise swingeing fines possibly running into the billions for the first time for not complying with the new rules.
"As parliamentarians, as politicians, as governments we have lost control over our intelligence services. We have to get it back again," said Jan Philipp Albrecht, the German Greens MEP who is steering the data protection regulation through the parliament.