Heroes: French soccer teams on strike due to high taxes... 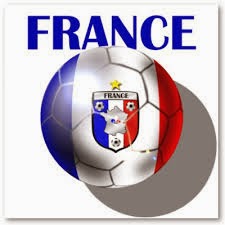 They are protesting a 75 per cent income tax rate.

Via the Financial Times:

François Hollande has bent over backwards since becoming France’s president to avoid provoking the Gallic propensity to strike. Now, of all unlikely sources, he faces a weekend of strike action by the country’s football clubs, who have instructed players to hang up their boots in protest against his 75 per cent income tax rate.
Angrily condemning the “unfair and discriminatory” tax for threatening to cripple struggling clubs, Jean-Pierre Louvel, head of the UCPF, the professional football club union, declared on Thursday: “We are talking about the death of French football.” …
The 75 per cent tax, a key Hollande election pledge, which is set to take effect from next year, will be levied on employers who must pay it for two years on all annual salaries above €1m. …
“We are already the most taxed league in Europe and the other leagues are already much stronger than us,” complained Mr Louvel.