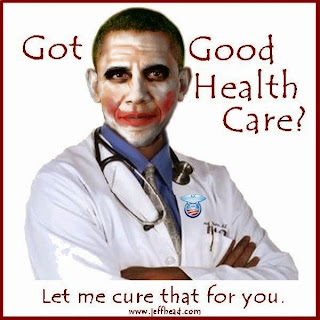 This isn't a conspiracy. It's a fact. Obama told a baldfaced lie to the American people about keeping their health insurance plan if they like their plan and, then, wrote regulations to force even more off their pre-Obamacare health insurance plans. The logic behind this was undoubtedly to force healthier and younger people off their old plans and into newer higher-priced plans that would help subsidize  people with pre-existing conditions. This is a knife in the back of the American people and it has Obama's fingerprints on it.


President Obama repeatedly assured Americans that after the Affordable Care Act became law, people who liked their health insurance would be able to keep it. But millions of Americans are getting or are about to get cancellation letters for their health insurance under Obamacare, say experts, and the Obama administration has known that for at least three years.

Four sources deeply involved in the Affordable Care Act tell NBC NEWS that 50 to 75 percent of the 14 million consumers who buy their insurance individually can expect to receive a “cancellation” letter or the equivalent over the next year because their existing policies don’t meet the standards mandated by the new health care law. One expert predicts that number could reach as high as 80 percent. And all say that many of those forced to buy pricier new policies will experience “sticker shock.” [...]

The law states that policies in effect as of March 23, 2010 will be “grandfathered,” meaning consumers can keep those policies even though they don’t meet requirements of the new health care law. But the Department of Health and Human Services then wrote regulations that narrowed that provision...