Barack Obama: "We tortured some folks" 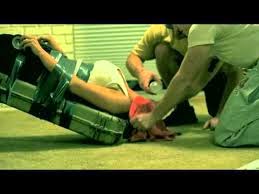 We poured some water up the nose of some very evil people. They weren't physically hurt. They are terrorists. They aren't covered by the Geneva Convention and don't follow it themselves. To all the people who say we should be better than them, I say it's not about being better. It is a fight to the death and it's about winning.


President Barack Obama says in the immediate aftermath of 9/11, the United States did things that were wrong and crossed the line. He says, quote, “we tortured some folks.”
Obama is commenting on a Senate investigation into the CIA’s interrogation techniques. A report on that investigation’s results is expected to be released in the coming weeks.
Obama says it’s important to remember how horrified Americans were after 9/11. But he says it’s important to remember the U.S. must live up to its values.
Obama also says he has full confidence in CIA Director John Brennan.