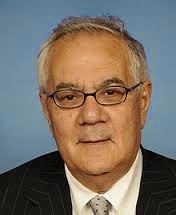 Now that he is out of office, Barney finds a pair...


Former House Financial Services Committee Chairman Barney Frank says President Barack Obama lied to Americans about being able to keep their healthcare coverage, and he was “appalled” by the president’s inaction during the botched Obamacare rollout.
“Frankly, he should never have said as much as he did, that if you like your current healthcare plan, you can keep it,” Frank, a retired Democrat congressman from Massachusetts, told The Huffington Post. “That wasn’t true. And you shouldn’t lie to people. And they just lied to people.”
Frank, who retired in 2013, remains a strong Obamacare supporter and has often defended Obama and his agenda. But he told The Huffington Post that he still doesn’t understand the president’s actions during the rollout.
Keep on reading…