Eric Holder is jetting his family around for recreational events on the taxpayers dime... 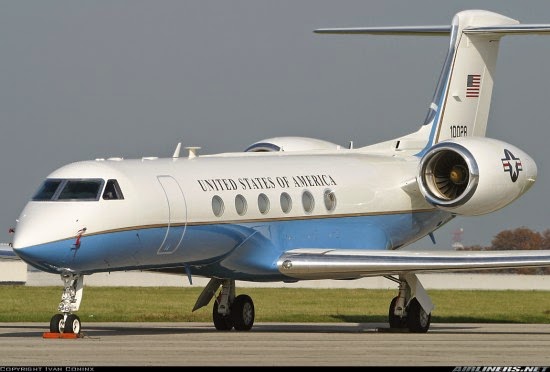 
On a pleasant Saturday this summer, Eric Holder, his daughters, their boyfriends and two security officers boarded a government-owned Gulfstream and jetted off to New York for the Belmont Stakes Thoroughbred horse race.
Even for personal trips like this, the attorney general doesn’t fly commercial. For security reasons, Holder — like other top government officials — flies a government plane, though is required to reimburse taxpayers for airfare.
According to records obtained by The Daily Caller through a Freedom of Information Act request, Holder is getting pretty good deal here — especially when he flies a government-owned Gulfstream V jet.
That one day trip to Elmont, N.Y. on June 7, according to records provided to TheDC by the Department of Justice, ended up costing the government $14,440.
But Holder only had to reimburse the government $955 for flying him and four passengers to the final leg of the Triple Crown horse races that day.
That’s because he only has to pay the equivalent cost of a coach commercial airline ticket for each non-law enforcement passenger — not the total cost to charter the plane.
Keep on reading…