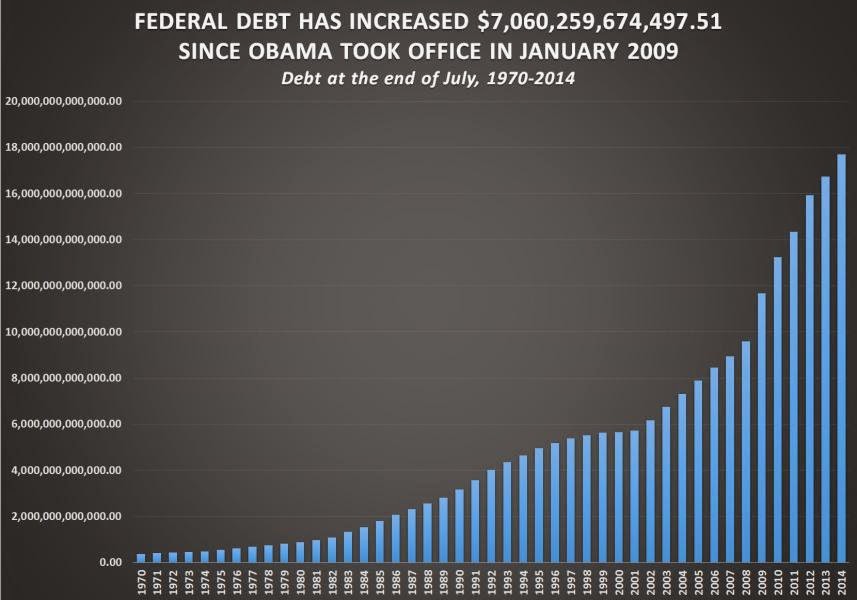 
(CNSNews.com) - The total federal debt of the U.S. government has now increased more than $7 trillion during the slightly more than five and a half years Barack Obama has been president.
That is more than the debt increased under all U.S. presidents from George Washington through Bill Clinton combined, and it is more debt than was accumulated in the first 227 years of this nation's existence--from 1776 through 2003.
The total federal debt first passed the $7-trillion mark on Jan. 15, 2004, after President George W. Bush had been in office almost three years.

“The problem is, is that the way Bush has done it over the last eight years is to take out a credit card from the Bank of China in the name of our children, driving up our national debt from $5 trillion dollars for the first 42 presidents — number 43 added $4 trillion dollars by his lonesome, so that we now have over $9 trillion dollars of debt that we are going to have to pay back — $30,000 for every man, woman and child.