Shocker: Obama only met with Shinseki once during VA scandal... 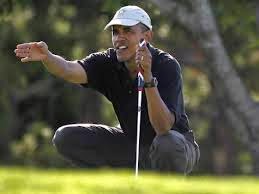 The headline says it is shocking, but it really isn't. The only people Obama hates more than our military and veterans are the Tea Party and conservatives.


President Obama touted the newly passed Veterans Affairs reform bill Thursday as he signed the measure into law and lamented the scandal that triggered it. But a review of records by Fox News shows the president – despite the urgency he placed publicly on the crisis – only met one-on-one with then-VA Secretary Eric Shinseki once during the scandal. The records, provided through a Freedom of Information Act request, showed they met on May 30, the day Shinseki resigned. VA records show Shinseki also attended Cabinet meetings on Jan. 14 and Jan. 22. The revelation comes as lawmakers, on the heels of passing the bill that Obama signed Thursday, press the president to commit his administration to fixing the department.