Turkey tries to ship ball-bearings and cement mixers to Gaza as humanitarian aid... 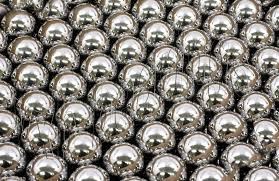 Can you imagine the death and destruction that would be rained on Israel if the Gaza blockade was lifted as Hamas and much of the international community is demanding?


Customs officials at southern Israel’s Ashdod port discovered hundreds of ball-bearings and cement mixers in a Turkish shipment of “humanitarian aid” to Gaza on Wednesday, raising fears the cargo could have been used by Hamas to support its ongoing war against Israel, according to Channel Two.
While both items have civilian uses, both have played a central role building Hamas’s rocket arsenal and its vast network of “terror tunnels” into Israel.
Terrorists in Gaza regularly use ball-bearings to maximize the lethality of locally-made, short-range Qassam rockets. Unlike other, more powerful long-range rockets and military-grade mortar shells smuggled into Gaza from state-sponsors such as Iran, Qassam rockets have a relatively small warhead. But while the explosion itself may be relatively “small”, the rockets are also packed with shrapnel – including nails, razors and, most commonly, ball-bearings – which are scattered throughout a relatively wide radius upon impact, maiming or killing anyone in the vicinity.
The co-opting of hundreds of tons of concrete supplies by Hamas to build its underground tunnel network, used to store and transport weapons as well as carry out attacks inside Israel, has also been well-documented.