A Glimpse of our Future Under Obamacare 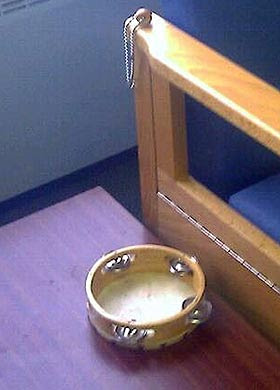 The joys of socialized medicine: Elderly hospital patients given tambourines because electronic call devices cost too much.


(Daily Mail) — Elderly hospital patients who were terrified that they could not summon help from nurses hoped that an electronic alarm would be installed in their day room.

Instead they were given a tambourine to shake.

And in case that broke, a pair of maracas was also supplied as back-up.

One man visiting his mother put the system to the test by rattling the tambourine for 16 minutes – but failed to attract the staff’s attention.

Yesterday the hospital was forced to apologise after an NHS watchdog described the policy as ‘unacceptable’ and criticised it for failing to install a proper alarm system.