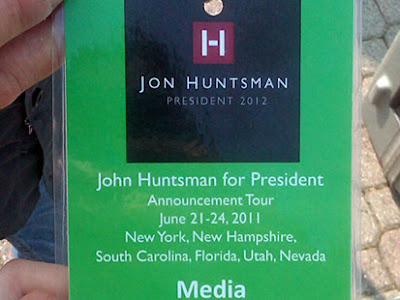 Jon Huntsman's campaign is off to a horrible start. ABC Huntsman campaign (correction) misspells his name (above) and Harry Reid endorses him.


Washington (CNN) – Senate Majority Leader Harry Reid ventured into the 2012 presidential waiting game Tuesday, offering up his pick for the Republican presidential nomination.
"If I had a choice, I would favor Huntsman over Romney," Reid told reporters after a meeting on Capitol Hill. "But I don't have a choice in that race."