Obama puts Israel on list of Countries that “have shown a tendency to promote, produce, or protect terrorist organizations or their members.” 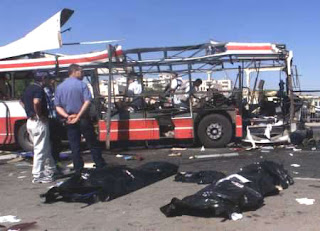 Anyone of Jewish descent who votes for Obama is insane.


In an implicit admission that Israel is so threatened by terrorism that it is not only surrounded by countries and territories that produce terrorists but also unwillingly harbors terrorists within its own territory in a way the most other nations in the world do not, the Obama administration is currently listing Israel among 36 “specially designated countries” it believes “have shown a tendency to promote, produce, or protect terrorist organizations or their members.”

Also included on the list–separately from Israel–are the Palestinian territories of the West Bank and Gaza, as well as Egypt, Jordan, Syria and Lebanon, the four nations bordering Israel.

All but five of the nations included on the administration’s “specially designated country” list have majority Muslim populations (see the list below).