Obama admonishes Congress for not raising the debt ceiling: "You need to be here" 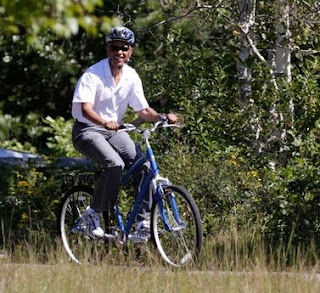 President Obama has harsh words for Congress over failure to raise the debt ceiling. He tells them they should cancel their summer vacations.

Of course, Obama continues his plans for a summer vacation in Martha's Vineyard.


(CBS News) — President Obama offered some harsh words of members of Congress at his news conference Wednesday, saying, “At a certain point, they need to do their job.”

Mr. Obama made the comments in reference to attempts to reach a deal to raise the debt ceiling, which the Obama administration says will be exceeded on August 2. Appearing exasperated, Mr. Obama negatively compared members to his daughters, 13-year-old Malia and 10-year-old Sasha, who he said “generally finish their homework a day ahead of time.”

“They don’t wait until the night before. They’re not pulling all nighters,” he said. “. . . You know, Congress can do the same thing.”

He went on to complain about Congressional Republicans’ calls for him to get more involved in the negotiations, saying that he “met with every single caucus for an hour to an hour and a half each” and “met with the leaders multiple times.”

“They need to do their job,” he said. “Now’s the time to go ahead and make the tough choices. That’s why they’re called leaders.”

He also called for members to “start having to cancel things and stay here” in Washington if there isn’t “substantial progress” by the end of the week.

Mr. Obama then took aim at members for their frequent recesses, saying “they’re in [session] one week, they’re out one week.”

“You need to be here,” he said, directing his comments at members. “I’ve been here.”