Obama takes time off from golf to attend fundraisers 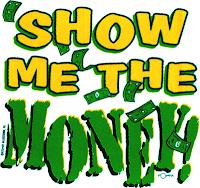 Well, at least President Obama is working hard at something.


(POLITICO) — The White House says President Obama isn’t focused on his reelection campaign, but tonight he will headline his 29th and 30th fundraisers for the year.

At the same point in former President George W. Bush’s reelection cycle, he had done only three fundraisers, Knoller said.

Obama in 2008 raised more than $745 million, setting a new record for presidential campaign spending. The 2012 effort is expected to generate a billion dollars. The two fundraisers tonight are at the Mandarin Oriental Hotel. Later this week, Obama will attend two more, in New York City.