What would James Madison say about the GOP controlled House using the power of the purse to stop Obamacare? 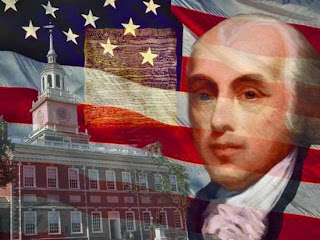 James Madison has already weighed in:


The House of Representatives cannot only refuse, but they alone can propose, the supplies requisite for the support of government. They, in a word, hold the purse that powerful instrument by which we behold, in the history of the British Constitution, an infant and humble representation of the people gradually enlarging the sphere of its activity and importance, and finally reducing, as far as it seems to have wished, all the overgrown prerogatives of the other branches of the government. This power over the purse may, in fact, be regarded as the most complete and effectual weapon with which any constitution can arm the immediate representatives of the people, for obtaining a redress of every grievance, and for carrying into effect every just and salutary measure.

James Madison was quite the extremist by democrat's standards.
Posted by Bluegrass Pundit at 8:18:00 PM