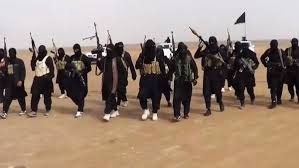 
American troops in Iraq had their first actual battle with ISIS troops, after the Islamist militants tried to overrun a base, an encounter that left the ISIS troops decimated and in retreat.
The attack took place near the Ein al-Asad base, which includes close to 100 U.S. military advisers. The U.S. troops, armed with “light and medium weapons,” and were able to inflict casualties against the ISIS fighters, forcing them to retreat, Shafaq News reported. The American troops were also aided by fighter jets, which directed air strikes against the ISIS troops that “silenced their heavy sources of fire.”
“US forces intervened because of ISIS started to come near the base, which they are stationed in so out of self-defense,” said Sheikh Mahmud Nimrawi, a prominent tribal leader.
Keep on reading…