Another Fast and Furious gun shows up at a shooting in Phoenix. 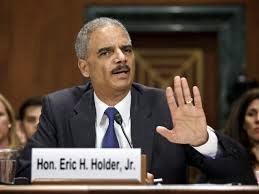 Nothing to see. Move along...


Shocking new crime scene photos show the serial number of the Department of Justice Fast and Furious rifle used in a bloody apartment shooting in Phoenix, Arizona.
The photos, obtained by the nonprofit group Judicial Watch in a lawsuit against the city of Phoenix and provided to The Daily Caller, depict the grisly aftermath of a July 29, 2013 shooting in a Phoenix apartment that wounded two people. Four arrests were made in the case. Suspects Bruno Brizuela, Jonathan Mejinez-Sanchez, Jovanny Andrade, and Kayonte Scott were believed to have been using an acquaintance’s car, which was abandoned near the crime scene after hitting a fence.
Joaquin Bojorquez-Romero was shot in the leg and Jobani Flores was shot in the head. Victim Cleiver Nava-Diaz was not injured.
Keep on reading…

Email ThisBlogThis!Share to TwitterShare to FacebookShare to Pinterest
Labels: Fast and Furious