Change: Al Gore speaks to half full room at COP-20 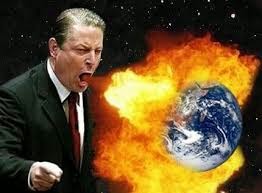 There was only polite applause at the end...


Former star of stage and screen Al Gore arrived at COP-20 early Wednesday morning to give one of the opening speeches at an all-day conference put on by the Chinese delegation on Making the Future of Cities Green. I got there a few minutes too late hear him, so made sure I was early to hear his big talk at 1:15.
It was scheduled for one of the COP’s two big plenary meeting rooms. I arrived at 12:50. The UN security officer guarding the door told me that the official session was over and the Cusco Room was now closed. I said, What about Al Gore’s speech at 1:15? He said that there was nothing until 3 PM, but when I pressed him, he went and got his list of the day’s events in the Cusco and Lima Rooms (which are actually very large tents–the whole COP is being held in very nice temporary structures erected on the grounds of Peru’s Pentagonito). Sure enough, there were the Climate Reality Project and Al Gore listed at 1:15.
The former U. S. Vice President arrived early, but did not start speaking until 1:30. That may be because there weren’t many people in the very large room.  By the time he began to speak, perhaps half the seats were occupied. More people came as he continued talking. At the end, he got a polite round of applause. Such are the indignities of being a former movie star.