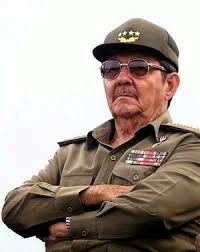 Somebody tell me why we are doing this again.


HAVANA (AP) - Cuban President Raul Castro sent a blunt message to Washington Saturday as the White House works to reverse a half-century of hostility between the U.S. and Cuba: Don't expect detente to do away with the communist system.
Castro's speech to Cuba's National Assembly was a sharp counterpoint to the message U.S. President Barack Obama gave in his year-end news conference the day before. Obama reiterated that by engaging directly with the Cuban people, Americans are more likely to encourage reform in Cuba's one-party system and centrally planned economy.
"We must not expect that in order for relations with the United States to improve, Cuba will abandon the ideas that it has struggled for," Castro said.