Sony bows down to North Korea... 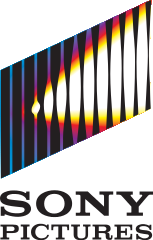 This a sad day for the motion picture industry and all of America.


With theater chains defecting en masse, Sony Pictures Entertainment has pulled the planned Christmas Day release of “The Interview.”
In announcing the decision to cancel the holiday debut, Sony hit back at the hackers who threatened movie theaters and moviegoers and who have terrorized the studio and its employees for weeks.
“Those who attacked us stole our intellectual property, private emails and sensitive and proprietary material, and sought to destroy our spirit and our morale – all apparently to thwart the release of a movie they did not like,” the statement reads.
“We are deeply saddened at this brazen effort to suppress the distribution of a movie, and in the process do damage to our company, our employees, and the American public,” it continues. “We stand by our filmmakers and their right to free expression and are extremely disappointed by this outcome.”
The studio did not say it would never release the picture theatrically. Insiders tell Variety that Sony is exploring all options, including offering the picture on premium video-on-demand as a way to recoup at least some of its investment.